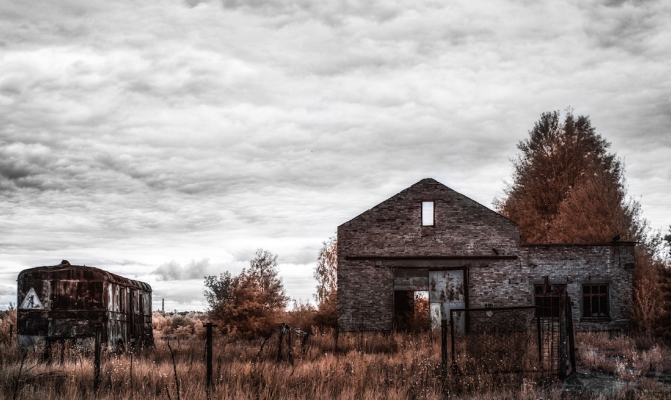 The exclusion zone was established after the Chernobyl disaster, which happened on 04/26/1986 and became the largest disaster in human history.

There are Three controlled territories were defined on the territory:

The population was evacuated from the contaminated territories. For workers who left to service the power plant and the Exclusion Zone was organized dosimetric control of transport, and deployed decontamination points. At the borders of the zones was organized a transfer of workers from one vehicle to another to reduce the transfer of radioactive substances and radiation dust.

Unfortunately a huge zone left polluted outside the 30-kilometer zone, since the 1990s was made a gradual resettlement made of people from Polessky district, in which the level of contamination with radionuclides exceeded the established standards . Polesskoye, town. Vilcha, p. Dibrova, s. New World and many others was completely resettled till 1996. Since 1997, this territory became part of the Chernobyl zone, was transferred to the State Emergencies Ministry and included to the security perimeter.

As a result about 5 million hectares of land were removed from agricultural circulation, hundreds of small settlements were destroyed and buried (buried by heavy machinery), as well as personal cars and motor vehicles of evacuated residents, which also became infected and people were not allowed to leave on it. As a result of the accident  has been decided to abandon the operation of the radar station Duga No. 1, which should become one of the main elements of the USSR missile defense.

Over 200 thousand km² has been polluted. Radioactive substances spread in the aerosols, which gradually settling on the surface of the earth. Noble gases scattered in the atmosphere and did not pollution the regions adjacent to the station. The pollution was very uneven, it depended on the direction of the wind in the first days after the accident. The most affected areas are in the immediate vicinity of the Chernobyl nuclear power plant: the northern regions of the Kiev and Zhytomyr regions of Ukraine, the Gomel region of Belarus and the Bryansk region of Russia. 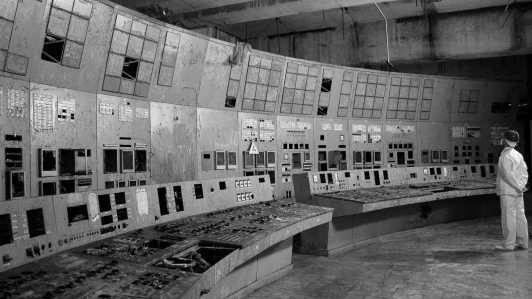 In cities, the majority of hazardous substances accumulated on flat surface areas: on lawns, roads, roofs. Under the influence of wind and rains, the degree of pollution has greatly decreased, and now the radiation levels in most places have returned to previous values. In agricultural areas, during first months, radioactive substances deposited on the leaves of plants and on the grass, so herbivores were infected.

Forests have been heavily polluted. Due to the fact that cesium is constantly recycled in the forest ecosystem without removing, the levels of contamination of forest goods, such as mushrooms, berries and game, remain dangerous. Over the next decades the level of pollution of rivers and most lakes is currently low, but in some "closed" lakes, of which there is no runoff, the concentration of cesium in water and fish can be dangerous.

Pollution was not limited to a 30-kilometer zone. An increased content of cesium-137 was noted in lichen and deer meat in the Arctic regions of Russia, Norway, Finland and Sweden.